@globalmoxie
There has been a lot of fast change over the last few years especially with mobile
Touch has been the first input action that’s become mature after 30 years of pretty much a keyboard with a mouse dropped in the middle.
This is the first of a number of things that are set to pop, like natural gesture, speech, facial recognition. Ways that we communicate with one another as human beings, machines are beginning to understand.
He wants to share ways to design beyond the screen. It’s really important, really relevant, and something we need to get our heads around. This means we are designing physical interfaces more and more for digital experiences.
He showed some Harry Potter clips showing the use of a magic wand, the combination of commands and action.
WE’RE TALKING ABOUT SPELLS!!!!!
The idea here is intent translated into action.
1. Magic & Technology
Practical but novel ways to solve problems we have now
2. Physical Meets Digital
Why it’s important to all of us
3. Magic, Imagined
How do we conceive things that are surprising and fun and relevant and practical? How do we make breathtaking new products.
——–

“Any sufficiently advanced technology is indistinguishable from magic.” – Arthur C. Clarke
Why don’t we deliver the magic that technology promises?
“Fantasy fulfills a need for a simpler, more controllable world.” – Alan Kay (1982, 2 years B.M. – Before Mac)
Remove as much technology as possible from a user experience, and just make it happen.
We had gone from punching holes in cards, to typing meaningless commands that a machine could understand, to at least English-like computer code, to pointing at icons on a screen with a mouse, to pointing to them with our actual finger on a touch device. What’s coming is the ability to point at something in our world.
One goal: Make the computer disappear into the environment (Alan Kay again)
The phone is the first “internet of things” device for everyone.
The internet of things is when we imbue things we use with sensors, smarts, connectivity.
Your phone is “available at the point of inspiration” – Tom Ahonen
Mobiles phones bring computing power to immobile objects. If you put a sensor in something, your phone can talk to and even control it. Things like light bulbs and door locks (traditionally dumb) are becoming smart, because we can EMBED SMARTPHONE BRAINS IN ANYTHING.
This is what the internet of things is all about!
EVEN DIAPERS can notify your phone – Nappy Notifier by Huggies gives you a sensor you can put in the bottom of a diaper to detect wetness and notify you!
People’s attention decreases even when a cell phone is visible NEARBY!! This is the dark side of technology… Phones eat away at real world experiences that in the past have created connection, that wove the fabric of our lives (was that just a plug for Cotton?).
Technology is neutral, it’s how we use it.
Screens are always going to be with us but maybe they can caption our lives instead of being the frame for our lives.
How can we push the same digital interactions off of our pocket computers and into the world?
Neiman Marcus’s magic mirror has been installed in some stores (Dallas??) that records your view and can play back a video playback of a 360 degree view of your outfit (and more). This means that girls can finally see if the outfit makes their butts look big. MAGIC!
What if objects could speak with us and share what they see and what they know? (Like the sorting hat from Harry Potter). I’m loving these Harry Potter references…
We already have some really cool things –
Button (bt.tn) you push it and it triggers a cascade of things for you. You could hit the button and have it turn on all your lights and start playing music.
Flic.io
These are single action bluetooth buttons that send signals that are caught by ifthisthenthat (IFTTT).
Zapier.com
You can make physical things happen in reaction.
They make it easy to translate a physical action into a digital response.
Summary points:
—-

How can we create physical interaction with a digital API?
Screens and bytes always traveled together because we couldn’t separate them. However now we can blend bytes and atoms! The world is now our interface – we are not limited by screens! Really, it always has been until screens got in the way!
There’s tons of information locked inside physical objects, like what something is made of, where it was made, how the people who made it were treated… if we can create better communication between the physical and digital worlds, we can unlock that data!
That’s why people like shopping online, they get all that information. But what if they could unlock that data in the physical store, too?
The World is a Data Source
“Ambient Intelligence”
Your car has an API, and every car has had once since 1996. Progressive uses a sensor called Snapshot to base insurance premiums on driving habits. This is used to give the company insight.
AUTOMATIC is another product that plugs into your car’s data port and tracks your behavior and takes notes, and also speaks to you about what is wrong with your car. This is used to give the driver insight.
These are passive interfaces that quietly watch our behavior and gather data. They gather data to provide insight, listen for problems… This data gets pushed back into the digital world, so they ignore the most important part about interacting with the physical world.
The world is reactive.
The things we do in the world cause an eddy of reaction. Magical UX causes digital eddies from our actions.
The world is a big canvas.
Let’s put aside the idea of wearables and instead think about varables (variables?) which are rooms that could be smart even though the objects inside them are dumb.
The world has depth and mass.
Even the screens we develop for are not 2D… they have mass and physicality.
Summary points:
—–

Ideas that you may have had 5 years ago that were impossible are no longer impossible and they’re now obtainable and they’re not that expensive! That hardware is available!
Emerging and magical API’s – things that browsers can do (bit.ly/browser-magic)
This is no longer a challenge of technology, but a challenge of IMAGINATION.
Google Glass has always seemed like an engineering experiment on how much technology we could smash onto a pair of glasses. But what if YOUR glasses were just MAGIC?
What if we could add magic to a coffee cup? What interactions does the coffee cup see? What are the opportunities there, and what could it do? What should this thing be? This frees you from constraints and allows you to start with a human use-case. Yes, the engineering has to happen but you need both, and they have to meet in the middle. You can’t be all design or all engineering…
Design for the thing’s essential thingness. Be in tune with its essential function and its context. We just want things to do their jobs better. So, we should bend technology for our lives instead of the other way around.
We want to expose as little technology as possible. Let it be magic.
We want to distract as little as possible, but right now our technology is VERY distracting.
Pre-attentive processing – pre-attention is when you’re absorbing information without actively noticing it. We subconsciously notice the change from day to night until we consciously notice it is dark.
MAGIC ALWAYS GOES WRONG. It’s dangerous! (More Harry Potter clips…)
The fear of something going wrong with technology is always with us. So…
HOW SMART DOES YOUR BED HAVE TO BE BEFORE YOU’RE AFRAID TO GO TO BED AT NIGHT?
So part of the challenge is to build systems smart enough to know that they’re not smart enough, that need to ask for human help. The point at which algorithms fail is the point at which to insert human judgement.
In his opinion, Uber and Lyft ARE the internet of things services, just with a human involved in the middle.
Summary of points:
——
The magic internet of things is not about the thing, it is about the interaction of humans and things. It should be about amplifying our humanity. Let’s design for human connection. Design for our essential self-ness.
This is not can we, it’s will we?
Let’s empower people, let’s make people into wizards! 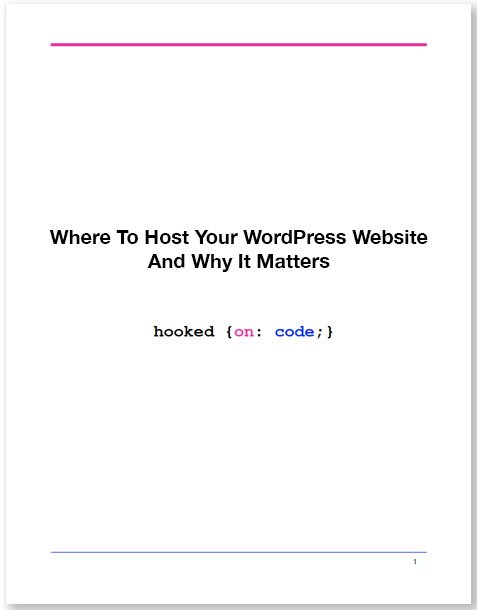